What I Wish I Knew When I Was a Freshman 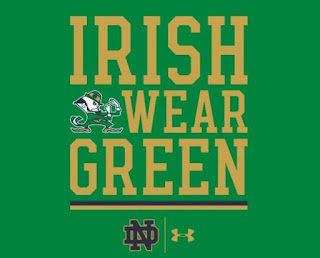 This year has been consumed by the move of 2018. Over the last six months I have spent a great majority of my life packing, purging, moving, and now unpacking and purging again. I would not wish this on my worst enemy. Seriously, moving stinks. But, occasionally I have stumbled across a gem or two that is worth sharing, and this is one of them.

I found a printout of "what I wish I knew when I was a freshmen." I have no idea where this came from, or who sent it to me, but I can tell it was printed on 9/4/2001. If you know where this originated from, please let me know so that I can give them credit for it; because it's pretty darn amazing. So, here it is! Oh, and if you're going to the ND vs. Stanford game this Saturday, pack your GREEN!

What I wish I knew when I was a freshmen at Notre Dame ...


I hope you enjoyed that little blast from the past. And now, back to unpacking I go! 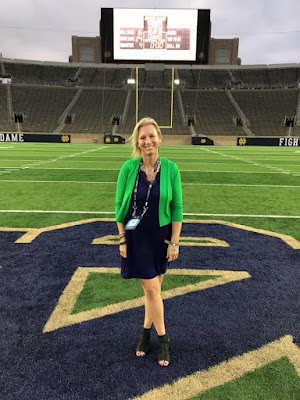 It’s not a Notre Dame working weekend for me, and while I will miss not seeing the game in person, I am secretly thrilled to be home on a weekend for the first time in four weeks. I’m still not comfortable being in the press box, or on the sidelines, but I’m working on it. Every week, every time I work a game, I’m working on it.

Maybe, someday, I’ll be happy with how I’m doing, but I’m just not there yet. And no, I may not be a “real journalist,” or a football “expert,” but I’m learning, and growing, and soaking up as much information as I possibly can. My opinions and beliefs may not be perfect, or even right, but they are mine, and they’re all that I’ve got. I do this because I love it, and it’s a passion of mine, but I’m not sure that I’m good at it yet, or ever will be.

I hope you enjoy my writing, and my coverage of Notre Dame football, and I hope I’m not a disappointment to the “real writers” out there. And, while I’ve got you here, I’d just like to say thank you. Thank you for following me and supporting me on this journey. Love thee Notre Dame.